The year is going quickly, 8 months have passed and it’s hard for me not to mention what an epic year it’s been so far. Lots of great weddings all unique all special. The dreams have come true for so many couples in 2016. One bride in particular the delightful and bubbly Laura who had the fairytale wedding she had always dreamed of at one of the best locations I have ever shot at, Fountains Abbey

Set within the beautiful North Yorkshire countryside and hidden within the Skell valley, you’ll find the magnificent ruins of the once great Fountains Abbey. Fountains Abbey has the largest monastic ruins in the country and and the best preserved. It was founded in 1132 by 13 Benedictine monks from St Mary’s in York. The Abbey was closed down in 1539 and the Dissolution of the Monasteries ordered by Henry VIII. The estate was later sold by the Crown to a merchant, Sir Richard Gresham. It remained in private hands until the 1960s. The National Trust bought the estate from the West Riding County Council in 1983. The site has a picturesque Abbey, enchanting lake and gardens dreams are made of, truly magnificent. 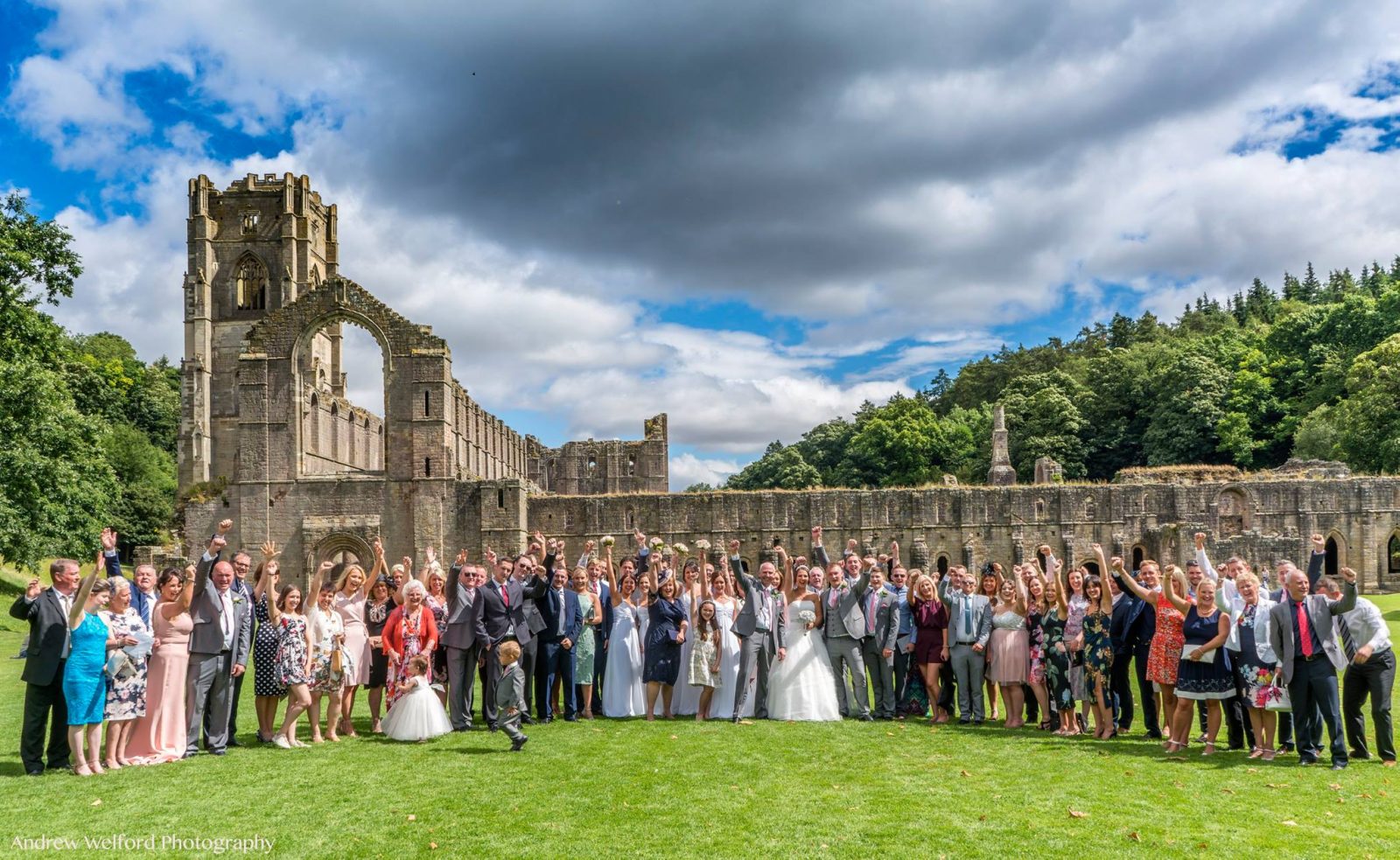 The day started the night before as in true fairytale style.
The Team consisted of Myself and Tracy covering the photography and Lee and Tom who were filming the day in Full HD. We had a lot of equipment and decided to travel up the evening before and booked into The Old deanery This was also the venue the couple had decided on for their reception and was a lovely building and grounds in its own right. When we arrived the family lead by her mum were already preparing and decorating the reception room in anticipation for the wedding day, it looked beautiful and joy and excitement were already in the air!.
We unpacked our equipment and got to know the venue, chatted about our game plan over a few drinks before waking up feeling relaxed and fresh in the morning ready for the big day!

The Team and I truly felt part of this Fairytale dream wedding and what an honour it was from start to finish.
Laura and Sean were fantastic on the day itself and nothing was to much trouble for them. Laura wanted to walk from the Abbey to the water gardens for some extra shots and had prepaid herself for a 30 minute walk in her heavy wedding dress and was rewarded with some stunning shots. One in particular was when I lined Laura up at he waters edge a Swan suddenly came out f nowhere into the frame and lined up with one Beautiful bride! 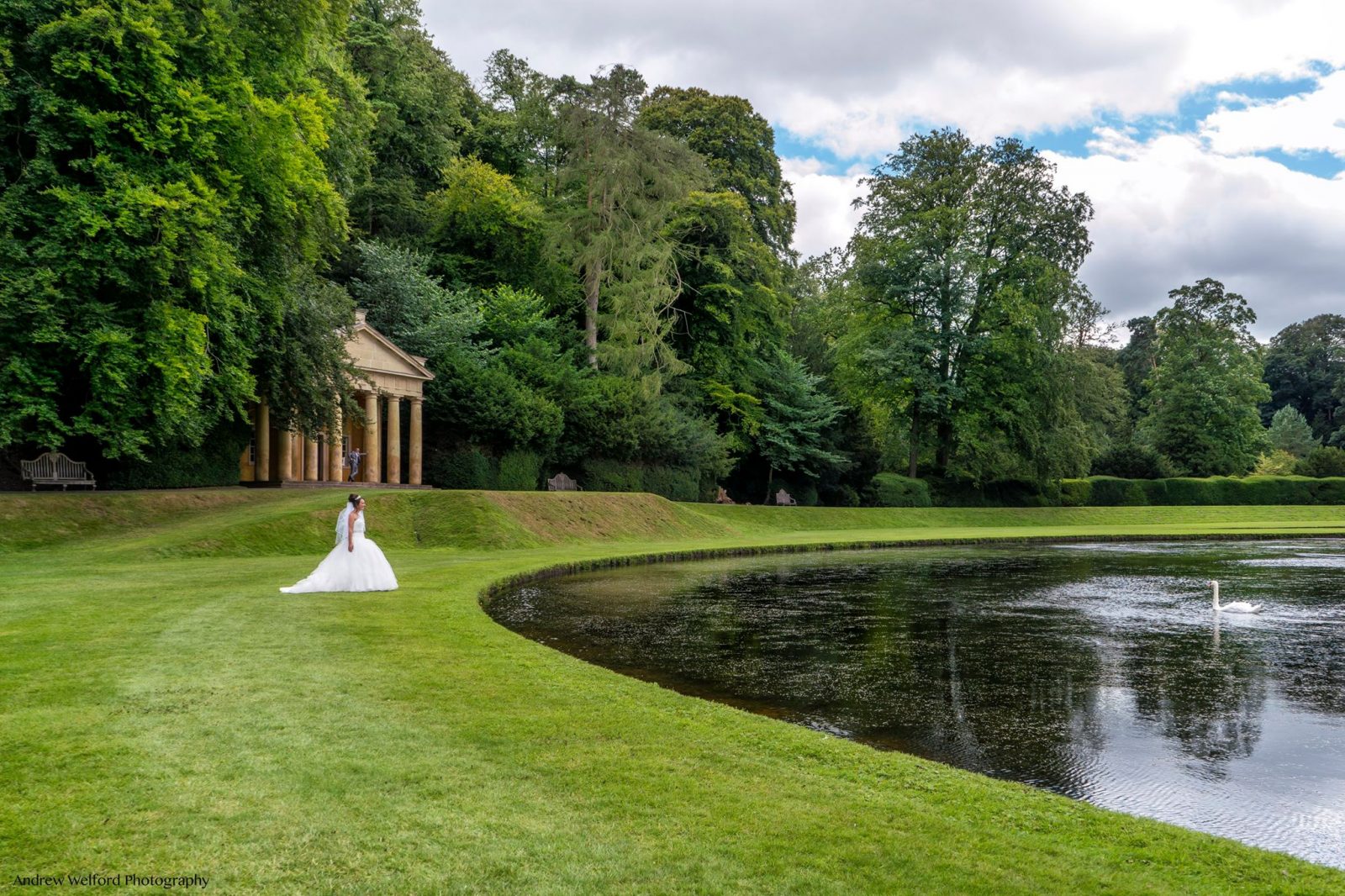 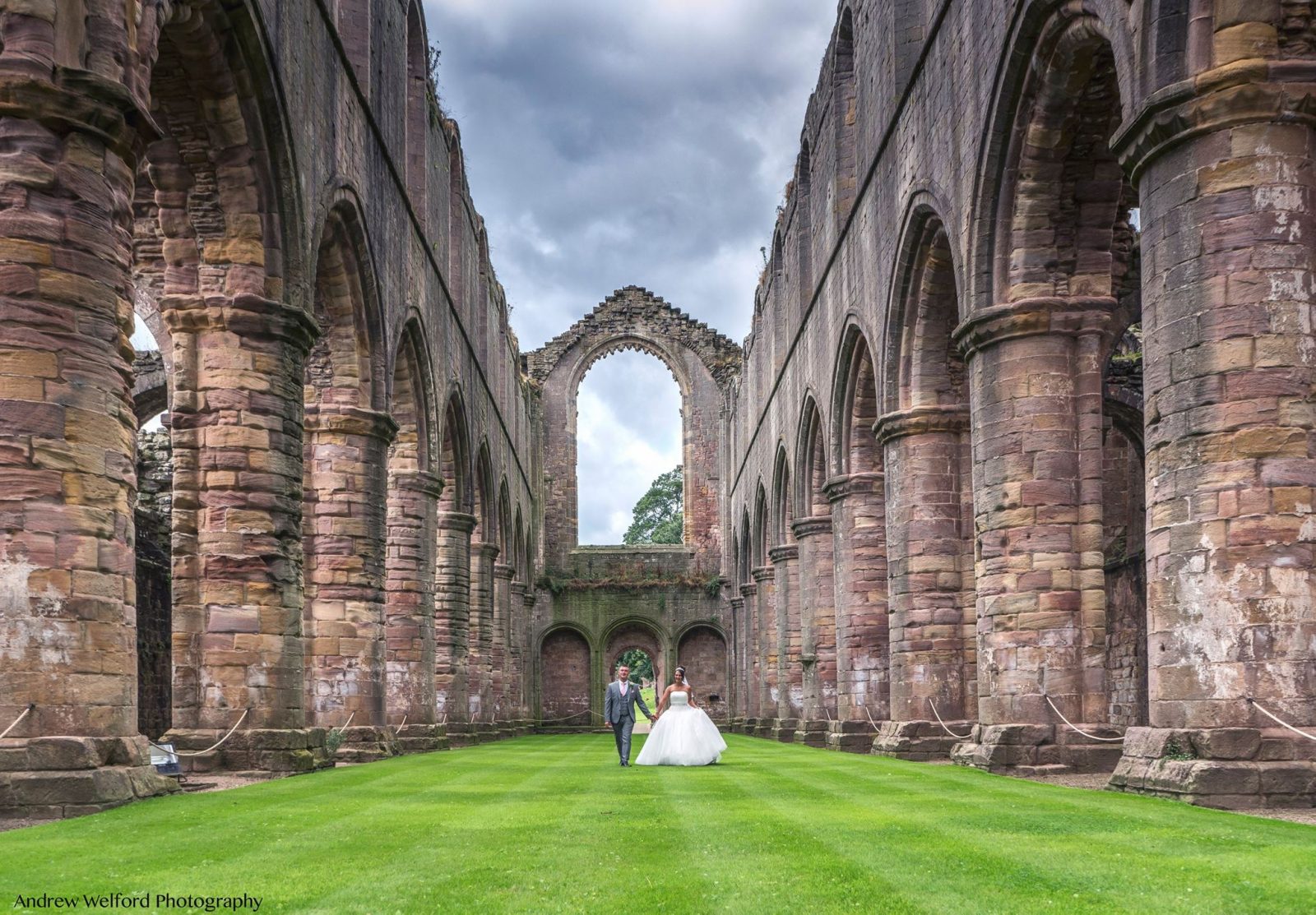