By Andrew Welford on August 1, 2016 in Weddings

We always love a North Yorkshire wedding and the Star Inn, Harome was a beautiful venue for the wedding of John and Jane. The Star Inn dates back to the 14th century and has an impressive thatched roof. From 1996 the inn has been run by Andrew Pern who in 2015 gained the Michelin-star award, this term refers to the Michelin Red Guide, the oldest European hotel and restaurant guide, which awards Michelin stars for excellence to a select few establishments and was one of the main reason’s John and Jane booked this beautiful venue.
We arrived early and were greeted by the lovely couple who had travelled from Hull the night before. We soon settled into capturing the bridal preparations and some pre-shots of the groom and the best man. The ceremony was both intimate and beautiful and a pleasure to capture. Since upgrading our cameras even challenging low light conditions are not a problem anymore when we are shooting without flash.
To the rear of the inn is a superb terraced garden where we conducted the formal and informal shots, two chickens photo-bombed the main group shots which was really funny. The rest of the day played out in the relaxed and informal way John and Jane had planned, later in the evening we were treated to some superb live jazz music that rounded off a fantastic day. Congratulations John and Jane we had a lovely time and was made to feel very welcome. 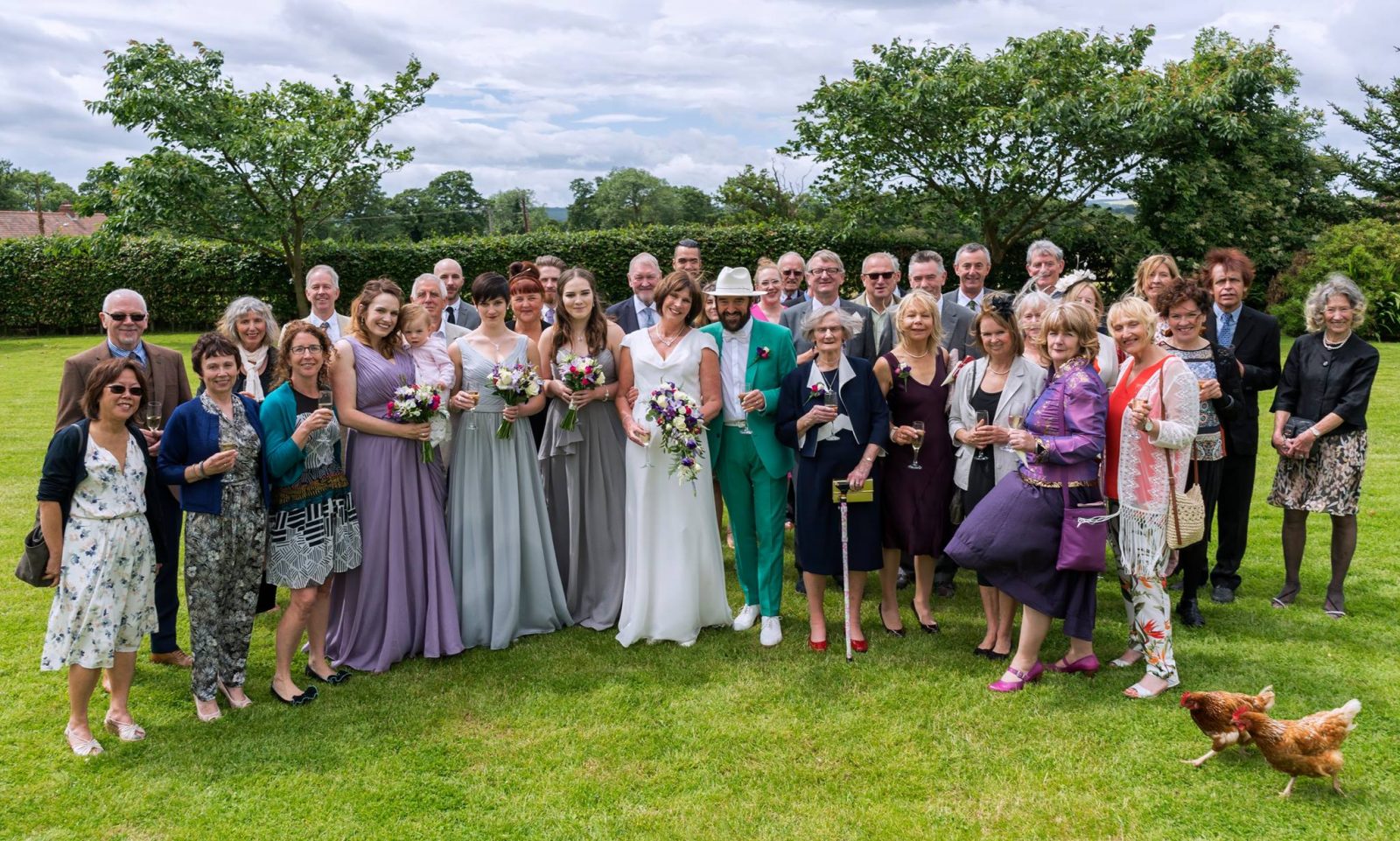